A Few Highlights From the Last BMA meeting 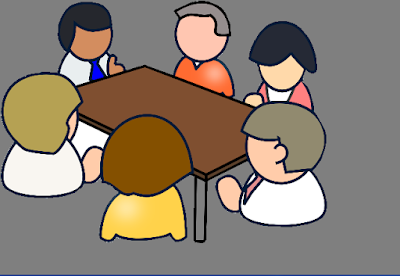 Quite a bit happened (and didn't happen) at the BMA meeting last Monday, June 25. I will provide a few highlights from the meeting, because I realize that many citizens don't have time to view the meeting on the  City webpage or YouTube. On the City webpage, the recording of the meeting is broken into various clickable agenda items. I am including a few of these below for your convenience as I discuss some of the items, but some may be interested in other agenda items as well. If so, go to the City webpage link above.

Note: As I was composing this post, the City video failed, so I edited to add the YouTube link. Just remember that you have two options, but only the City webpage option has clickable agenda items.

Before I get to the agenda items, I need to point out that at the beginning of the meeting, Alderman Janda announced his desire to move to exclude Carrefour from the apartment moratorium at a future meeting. I previously discussed the request by the Economic Development Commission to exclude that project from the moratorium in my May 12 post-- Carefour Exempt from Apartment Moratorium ?, request from Economic Development Commission. The Commercial Appeal discusses this recently in Carrefour at Kirby Woods developers Ask for Exemption from Germantown Moratorium.

A great deal of praise was heaped on the Thornwood development, as Cameron Ross and the developers spent a good chunk of time extolling the virtues of same. We even learned that Mayor Palazzolo's parents are considering moving to the Thornwood apartments, because they no longer want the burden of home ownership. These apartments are listed on Zillow. The Thornwood apartment webpage also lists more information about the available apartments.

"The problem I have with Thornwood is the way that it was presented to the public. It passed to begin with, without opposition. The mayor's administration represented that those apartments were going to be condos where families would actually have ownership in the property."

The Mayor vehemently denied he had ever said the Thornwood living spaces were going to be condos; he then read the application for Thornwood dated 11-7-2014 which stated that there would be apartments. He claimed Massey was either misinformed or was purposely misleading the public, and, in an accusing manner, he directly asked Massey why he would want to do that. This must not have been discussed at the Executive session, as Massey appeared to be blindsided. The alderman, who was recovering from a bad cold, stated:

2. the public was led to believe that the project would be condominiums by various newspaper articles.

Given the high emotions in this exchange, I decided to investigate. I was unable to find evidence that then Alderman Palazzolo stated that there would be condominiums rather than apartments at Thornwood. However, as pointed out by  Massey, that is not what Massey had claimed in the Commercial Appeal article.

Thornwood, which will be built in multiple phases over several years at the northeast corner of Neshoba and Germantown roads, will include hundreds of condominium units, around 60,000 square feet of retail and a four-story Hampton Inn & Suites.


“We hope that what ultimately gets built there is the execution of the vision of the smart growth plan,” said Cameron Ross, director of economic and community development for Germantown. “Because of that plan and the zoning that was put in place, that project is possible today.”

We do not know if the "Mayor's administration" informed the media that the project contained condominiums rather than apartments, as Massey's statement implies. But Director of Economic Development Cameron Ross was quoted extensively in the Daily News article (then-alderman Palazzolo was also quoted), so I contend that, although there is not hard proof, it was logical for Massey to assume that Ross (part of the "Mayor's administration"), was the source of the publicly disseminated misinformation that the multi-family portion of the Thornwood project would be condominiums. Also, one would have thought that City officials would want to request corrections to articles in the newspaper that contained inaccurate information about a development.

These articles were both written prior to the November 7 application date that Mayor Palazzolo referred to in the BMA meeting. Interestingly enough, that application date was three days after the 2014 election.

I am at a loss to understand why Mayor Palazzolo wanted to bring Massey's statement in the Commerical Appeal to the forefront at the BMA meeting, ensuring that as many people as possible would be aware of it.

This unnecessary exchange was much ado about nothing. However, the overall topic should give the public pause. Citizens who felt misled by the newspaper articles claim that this is just another example of "bait and switch" by the City on developments. I give a different example of the "bait and switch" tactic in City Officials Misrepresent and Ignore Forest Hill Heights Small Area Plan.

Of course the real meat of the meeting was in the third and final reading of the budget. What "happened" was that the budget recommended by the City administration passed. What "didn't happen" at the meeting was passage of any of the amendments to the budget proposed by Massey.

Massey had a wide range of objections to the budget. He noted that there has been no cost-benefit analysis of the budgeted water tower in the Forest Hill Heights area. He also noted that sales tax revenue is purposely underestimated, so the budget is not reliable. He cannot get the details about the budget that he needs. Rather than staff giving only one option on tax rate, and rubber stamping it, various options should be given the legislative branch, so that the legislators can select from the options. Should we be funding drainage projects for developers' projects when we have so many drainage issues in existing neighborhoods? The schools have many needs, so why are we spending $2.5 million for street beautification?

(Note: The motions that were turned down 3-2 were voted "no" by Aldermen Owens, Gibson, and Janda, and "yes" by Barzizza and Massey):

1. Remove two million dollars from sewer project for developers in the Western Gateway (Carrefour)  (Note see my posts Carrefour Exempt from Apartment Moratorium?  and City Projection of Capital Costs related to Development. (Massey says a vote for this is a vote for apartments, and ignores the moratorium)  There was no second for this motion.

4. Remove $500,000 for streetscape, and re-allocate the funds for the Houston Fieldhouse project. (GMSD is about to lose a one million dollar private matching grant for this project due to a time limit imposed by the donor!). Failed 3-2

Alderman Barzizza stated that spending was out of control, and that the budget was large compared with other cities the same size as Germantown.


This slight roll back in the property tax rate (to $1.95) was made necessary by the state of Tennessee, because the figures on re-appraisals of property indicated a higher total value than had been assumed when the original tax rate ($1.97) was set. Citizens need to know that this is an adjustment in the tax rate made necessary by the change in total appraised values, not a true "reduction", as it does not change the total tax revenues projected by the City.

At various points in the meeting Aldermen Massey and Barzizza pointed out that sales tax revenues are consistently under-budgeted, which skews the bottom line. City Administrator Lawton responded that the City wants to be very conservative and be prepared in case there is a recession. He even asked if everyone had noticed that the stock market went down Monday. He talked about the fiscal difficulties of the City during the Great Recession. That makes him "very conservative" in forecasting revenues.

Massey said that he consistently sees "profit" in the financials in the City, and the City is not supposed to be a profit making enterprise.

[My opinion: It is not productive to consistently under-estimate tax revenues. It is better to budget the best estimate. However, it is wise to be conservative, and shortfalls during a year can be covered by a "conservative" fund balance.]

Thus, Massey suggested a roll back of $.10 of the of the property tax cut. He did not make a motion, saying that he knew any such motion would not pass. He feels the Board should be given options for tax rates, budgets and projects.

Please remember that this post is just a discussion of a few highlights of the meeting, and not a summary. Check out either of the options listed (City webpage or YouTube) to view the entire meeting.