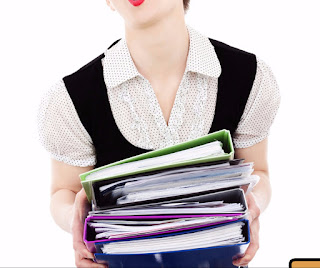 After writing two click bait articles about nothing, well, about the "outrage" that easily available public information had been inadvertently made, ahem, a tiny bit more visible, the "right-sizing" Commercial Appeal finally got around to covering something substantive-- the special called Finance Advisory Commission meeting last week.

Two Alternatives Could Lead to the Reduction of the $.23 tax increase

Oddly enough, despite being presented with two less costly alternatives, the FAC voted for the full $.23 increase that had been passed on the second reading by the BMA three days prior to the called FAC meeting. Here is the full audio of the FAC meeting (Please note: This audio is not available on the City website. I paid five dollars for it to be put on a flash drive. I could have listened to it for no charge if I was willing to listen to it at City Hall. I present this YouTube as a public service to the citizens of Germantown) :


Here is the FAC meeting packet: (click to enlarge the smaller ones) 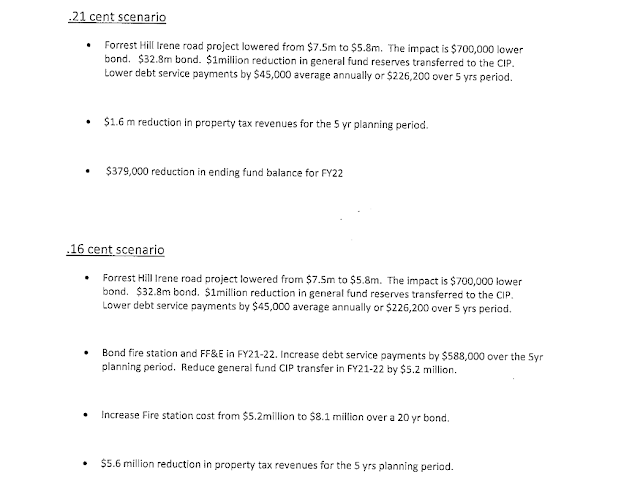 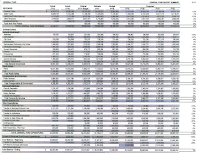 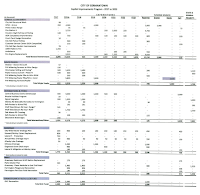 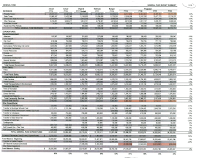 I want to note that there were only two private citizens that attended the called FAC meeting, and one of them was kind enough to upload the above information to Facebook. It made me kind of dizzy trying to get everything to face rightside up. Hopefully I didn't lose any lines or columns in coverting it into something easily readable.

The Commercial Appeal article quotes Mary Anne Gibson as saying she is open to reducing the $.23 tax increase based on the new information presented to the FAC, and Alderman Massey as saying that due to projected fund balances which are adequate, there is no need for an increase in the property tax rate this year.

Rocky Janda's position was not quoted, which is odd due to his position as the financial liaison to the Financial Advisory Commission. The vote on the $.23 tax increase begins at 56:30 in the above video. Alderman Janda votes "yes" for that motion, along with the majority of the FAC. Three members vote "no."

What is notable about this called FAC meeting is that it was three days after the public hearing on the budget at the BMA meeting, and that it gave more options-- a possible reduced tax increase, all while staying within guidelines of an adequate cash reserve and maintaining a AAA bond rating. No expenses or capital projects would need to be cut from the budget!

The pretext for the called FAC meeting was that the Forest Hill Irene Road improvements had bids which were less than expected. This "new" information had been available for ten days or so, according to the administration. Yet the citizens and aldermen had not been told of this before the public hearing on June 12. Furthermore, the lower bid did not even seem like a large enough difference to completely rework the budget.

The public hearing at the second reading of the June 12 BMA meeting itself was a bit of a sham, since public comments began after most people go to bed, and several people had to leave before Patrick Lawton finished his 90 minute presentation. Again, that presentation did not include the new information that was prepared for the called FAC meeting later in the week. It also appears that by the time of the June 12 meeting, the administration had already decided it needed a new FAC meeting, as the mayor stated the administration's desire to "gather the troops" at about 2:44.30 of the City recording at that meeting

Thus the public hearing was a waste of time, as it did not provide complete information to the public prior to the meeting, or even at the meeting; nor did it furnish the public with the opportunity to speak about budget issues at a reasonable hour.

Even though a lot of citizens had gone to bed, a former City employee, took the time during the June 12 public hearing to point out some things about the budget:


At the second reading of the budget at the June 12 BMA meeting, two aldermen voted against the budget and proposed $.23 tax increase: Aldermen Barzizza and Massey. The other three aldermen voted for the increase. Alderman Barzizza objected to lack of detail in the budget and the need to follow the Code by voting on the City Administrator's salary. Dean Massey agreed with him on those issues, and he also noted that he does not want any raise in the property tax this year, due to the fund balance being more than adequate (over 40%) using the administration projections. Here is a sample of some of his points from the BMA meeting, and some of the administration responses:

Alderman Massey prepared this spreadsheet to demonstrate what he believes are excess reserves (over 40%) produced by the Administration's budget: 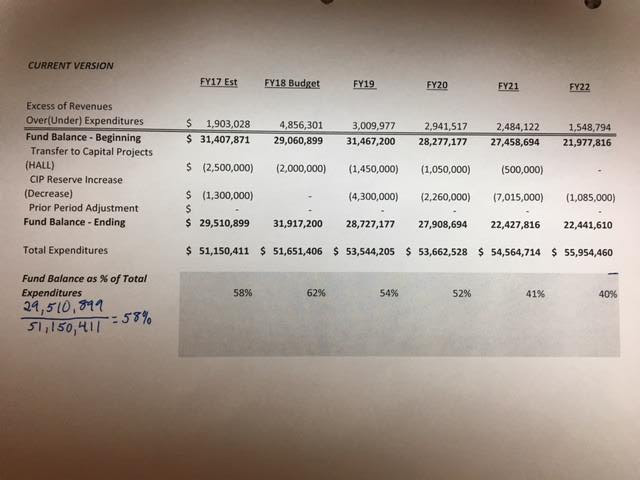 Alderman Massey points out that the City has often cited 40% as being an adequate fund balance. In listening to the FAC meeting, it seems that most of the members cited various "what if" (some may say doomsday?) scenarios to justify the full $.23 tax increase this year.  What one person feels is fiscally prudent may strike another person as unnecessary padding. But listen to the FAC meeting yourself and form your own opinion.

When the Commercial Appeal first discussed the Germantown budget, I did a little double take, as it said the "bulk" of the proposed $.23 property tax hike increase was for the new school. Yet, the breakdown of the 23 cent hike showed that .$10 of the hike was for the school, and .$03 was for the widening of Forest Hill Irene Road, by the school. 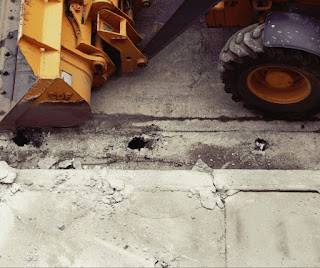 The bulk of Germantown's proposed 23-cent property tax increase is rooted in a need to address growth in education — either by building a new K-5 campus or securing three namesake schools under control of Shelby County Schools.
….(snip)……

Of Germantown's additional 23 cents on the property tax rate, 10 cents is destined for purchase of a school site on Forest Hill-Irene, along with construction and furnishing the campus. An additional 3 cents is to improve Forest Hill-Irene south of Poplar Pike to Winchester, a segment of which passes alongside the proposed school site.


That 13 cents will cover the $33.5 million bond issue for those projects. Officials have put the price of a new K-5 school at $27 million. The other 10 cents in the hike is to "keep the five-year model," Lawton said.

The term "bulk" and the lumping of the school construction and road widening costs together in the article certainly seems to suggest that the road work is due to the new school.

Indeed, the City website more directly links the improvements to Forest Hill-Irene to the school site:

GMSD Growth - The need for a new elementary school and road improvements necessitated by the location of the school, combined with a significant reduction in state shared revenues from the Hall income tax requires the consideration of a property tax adjustment. The new K-5 elementary school including land, site work, construction and equipment has a budget of $27 million. The necessary safety improvements to Forest Hill Irene Road leading to the new school have a budget of $6.5 million. Collectively, this will result in a bond issue of $33.5 million and an increase in debt service payments of approximately $2 million annually.

Yet this Commercial Appeal article shows that the improvements to Forest Hill-Irene were being considered prior to the selection of the new school site.

Dean Massey emailed Tim Gwatney and asked how the school site selection had changed the budget for improvements to Forest Hill-Irene. Here is the exchange on this particular subject: