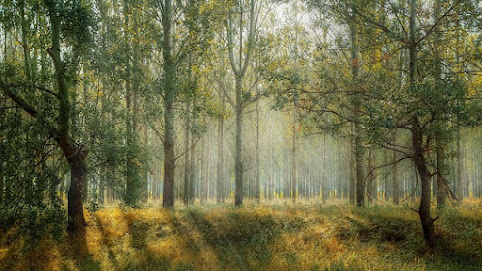 I knew that the tree mitigation fee ordinance would run into trouble when it was passed in early 2019, and boy, was I right. In the two cases discussed below, the mitigation fees for developers as determined by the ordinance were reduced, in one case by over $600,000. Scott Sanders mentioned it in the last BMA meeting, so I decided to investigate. The ordinance is in Sec. 22-107 c (1). It reads
Should the city choose to require a payment in-lieu of tree dedication fee, the fee shall be calculated as follows: A (total DBH of trees removed) × B (the current market rate cost of a typical 3" DBH caliper tree, type and cost determined by the parks director (or designee) and/or economic and community development director (or designee), broken down by inch) = amount of in-lieu of tree dedication fee to be paid. (A cap to the payment in-lieu of tree dedication fee may be implemented, at the discretion of the design review commission, if the owner is proposing to retain trees of significant size and species and/or if the trees being removed are unhealthy or of a less significant species. In this case, an independent arborist report shall be required, at the applicant's expense.) The payment in-lieu of tree dedication fee shall be collected prior to approval by the board of mayor and aldermen of the development contract for the project.


Now let's take a look at the implementation of this, in two cases.

The Design Review Commission accepts the staff recommendation of tree mitigation cost of $24,750. Staff does state that the amount was reduced from the full amount in the ordinance, by recalculating the number based on the property being a field, rather than heavily forested.  The staff does not say the dollar amount of the calculation as per the ordinance (which, incidentally, as you can see above, does not specify that a forest can be calculated as a field.) Please note that in this case, this was an arbitrary decision by the staff-- the staff seemed to ignore the requirements of the ordinance. The ordinance does give the Design Review Commission authority to reduce the amount, given certain conditions, but it says nothing about the staff arbitrarily reducing the amount, and, as you can see, the conditions of the ordinance for reducing the amount of the fee were not met.

The original figure per the ordinance for this development came up at another meeting, the one discussing Neshoba Farms, on January 26, 2021. At that meeting, staff was asked for the original number of Old Field Green as calculated by the Ordinance. After checking, staff said that the dollar mitigation produced by the ordinance would have been $654,000. The Commission members noted that the final figure charged was 3.8% of the amount in the ordinance!
Link to meeting-- start at 16:03
Neshoba Farms

Neshoba Farms is the 6.5 acre PUD on Neshoba Road west of Riverdale.
The tree mitigation fee recommended by staff was calculated per the ordinance--$74,000.

At the January 26, 2021 meeting, the developer requested that the tree mitigation fee computed by the staff of $74,000 be waived. This was based on worthy trees being removed being replaced by newly planted trees. To the developer, a worthy tree is a hardwood tree, and an unworthy tree is a non-hardwood tree such as pine tree or crape myrtle.  There was a considerable amount of discussion on this topic by the Design Review Commission.

When the staff was asked about the Ordinance-computed amount for Olde Field Green development, we learned that it was $654,000. The Commission decided to keep the precedent set by that development, and slashed the staff-recommended $74,000 tree mitigation fee to $4,500.

Link to Justification for the Reduction 1:22.28

Obviously staff thought that the $654,000 mitigation fee for Olde Field Green, as computed by the ordinance, was excessive, and would have kept the land from being developed as it should have done. The staff, rather arbitrarily, and against the code, recomputed the figure as if it had been fields, and submitted that figure--$24,750 to the Design Review Commission.

Conclusion: The methodology of computing the Olde Field Green tree mitigation fee was not allowed by the Ordinance, and it now stands as the precedent for other fee mitigation fee cases that come before the Design Review Board.

The Design Review Commission and the Staff need help, in the form of a new tree mitigation fee ordinance.  The Design Review Commission is using Olde Field Green as a precedent, yet that precedent did not follow the ordinance! The amounts per tree are fine, but an established minimum amount per acre should be built into the code. The developer would be charged the lesser of the amount as determined by the ordinance, or the minimum amount per acre.  There could continue to be a measure for a builder to reduce the fee below this, with an arborist report.  If I had my druthers, the minimum per acre would be set above the amount that would be above the amount set by assuming the land was a field. After all the purpose of the ordinance is to preserve trees. Also developers here, unlike many places pay no impact fees. Funds into this go into a special tree fund that is used for the care and planting of trees on public land.

Addendum: The Duke property development north of Forest Hill School has also had a tree ordinance passed, on May 25, but it was decided in Executive Session of the Design Review Commission, and it was passed as part of the consent agenda. It would take a a couple of weeks to get information about that through open records requests, and I thought this issue needs attention now. 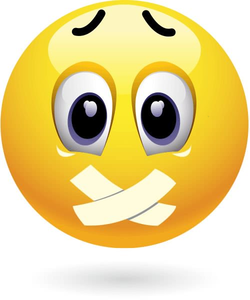