Will Old Germantown be Sacrificed to Asphalt?

What are these, in the above graphic? Something smells in these two projects taken from the Metropolitan Planning Organization (MPO) Livability 2050 list, and I might as well let everyone get a whiff of the stench. Before I attempt to explain what could become both a seven-lane road and a five-lane road cutting through Old Germantown, you may want deep background on the very unpopular Germantown Road Realignment project.

This web page that was put together by opponents of the project at the time, around five years ago. Citizens fought and won the battle against this, but apparently not the war.

Remember the brouhaha that began when I suggested that citizens who do not want Germantown Road Realignment write to City officials and request that they remove Germantown Road Realignment from the MPO's new Livability 2050 plan? (see: Let's Get This Straight-Realignment is on the MPO project list, It is Not Dead)  An MPO official at a meeting seeking public input about the new 2050 Livability plan suggested that citizens should talk to our public officials if we wanted the plan removed from the list. It seemed a simple request-- after all, City officials were calling the project "dead." Why would a "dead" project still be on a brand new MPO list being formulated?  And why would city officials even want there if it was truly "dead"?

In an attempt to appease the riled up citizens, the BMA simply passed a resolution saying it was not seeking Germantown Road Realignment, nor was it seeking to have a bridge across the Wolf River at Forest Hill Road. The City did NOT state that it was requesting removal of the project from the MPO list. A resolution is meaningless, of course, except for a brief period of time, as it may be unresolved at any time with a simple vote.

Getting Germantown Road Realignment off the MPO list is the only way to make sure it a project is truly "dead" rather than hibernating. When I went to yet another public meeting of the MPO, after the 2050 Livability plan came out about a year ago, an official, in response to my question, denied that it was on the list.

The above information came from page 188 of the pdf of the MPO's Livability 2050 plan. It is currently unfunded and in the "Vision"  list. This project could mean that Poplar Pike is being widened all the way from Old Germantown to Poplar east of Forest Hill Road. I cannot say for sure. Now for the next project:

I am sure the administration will clear all this up if citizens ask.  Whatever they say, there will be a lot of rhetoric attached, so it is important to know what it means for a project to be on the MPO list.

Let's look at what being on the MPO list means. It means it may be funded any time all funding parties agree. Projects on the list move around a lot. The Germantown Road Realignment fight was about five years ago. And where had it been on the MPO list?  It was not scheduled until 2030, but it was plucked from 2030 and landed in 2015.

Looks like a lot of unpopular projects were kind of stuck in the same place, at the end of the projects, without a date and  unfunded--Hacks Cross opening to Poplar, a bridge over the Wolf River on Forest Hill Irene, and further widening of Germantown Road from five lanes to seven from Poplar Pike to Stout Road. You can see for yourselves by looking at the list.  For a complete list, you may look at the document itself.

But, as evidence that these projects can come forward at any time, look at the first project on the list--widening Forest Hill Irene Road from Winchester to Poplar Pike from 2 lanes to 4 lanes. Well, I just drove down the new 5 lane Forest Hill Irene Road in that location. So the above list must have been compiled prior to that project beginning. Yes, the newly-finished Forest Hill project was on the exact same wish list as the both the Poplar Pike project, and the Germantown project unfunded. It did not matter where it was on the list, when there was a need and a desire for the Forest Hill project, it was there for the plucking, and all funding agencies agreed to it. Conclusion: The fact that it is on the list at all means it can be brought up at any time, no matter if it has a project date or funding attached to it.
The Sale of the Germantown News, and the Sale of its Building on North Street to an Administration Supporter

Now what, if anything, all this has to do with Frank Uhlhorn's recent purchase of the building housing Germantown News I do not know. It could easily be in the path of the road. Was he assured he would get his money back, and possibly more, when road realignment happened? Does it mean the project will come sooner rather than later?

I have some more shockers to talk about from the MPO plan. You can read the plan and find out what I mean, or wait for my subsequent post. Here is a hint! 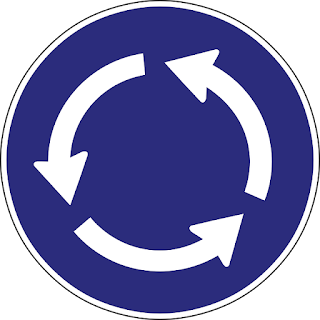