Costs and Plans for Stormwater Drainage 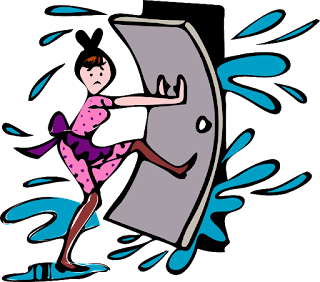 I referred to the City's infrastructure needs that have been neglected for decades in my recent Elephants in the Room post. And in the Drainage Survey I compiled, it was revealed that nearly 50% of the households that responded had experienced problems with stormwater drainage. The flooding last year caused seven million dollars in structural damage to homes in the City. That does not include replacement for furniture, appliances, electronics, etc.

What do we need to bring our stormwater infrastructure into the 21st century, how much does it cost, and what do we have planned? My research indicates that our drainage system likely needs at least $170 million of upgrading  In the recently passed budget, just under $11.5 million* is scheduled to be spent in the next six years.

When I requested an audio or video of the Finance Commission subcommittee on stormwater that met last Feb. 27, I was told there was none available. When I asked for the minutes, or even draft minutes, I received the following: 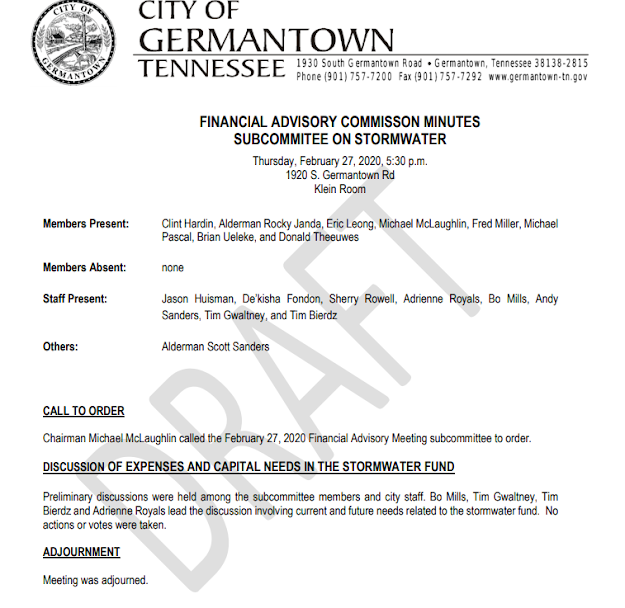 That wasn't exactly helpful. However, I had also requested handouts from the meeting, and a PowerPoint was included. Here is the grand total of the cost estimate: 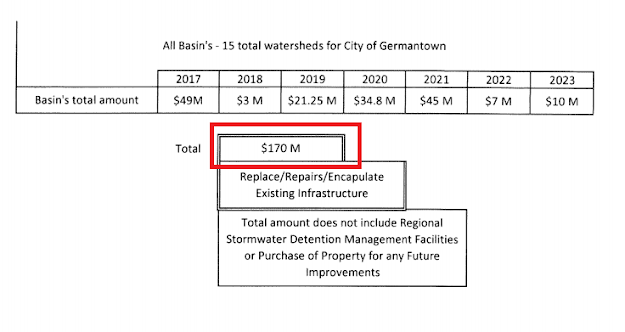 This document seems to be based on 2017 information, and projects the timeline for the City to complete the needed work by 2023, beginning in 2017. That obviously was not accomplished.

The $32.1 million total of all the above projects obviously was at least discussed at the February meeting. That total was far greater than what finally made it into the capital improvements budget--just under  $11.5 million, passed by the BMA: 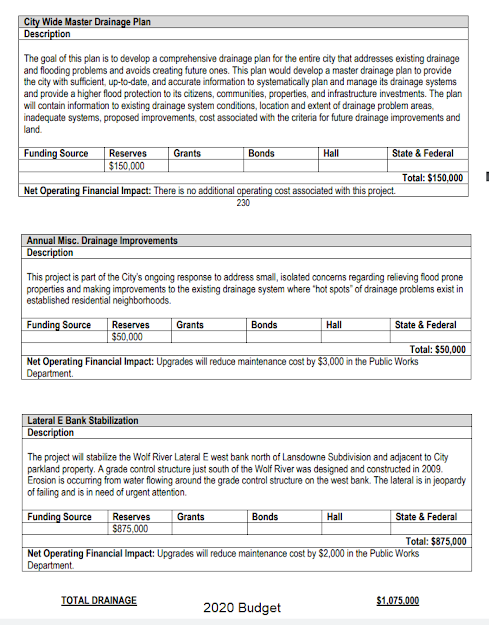 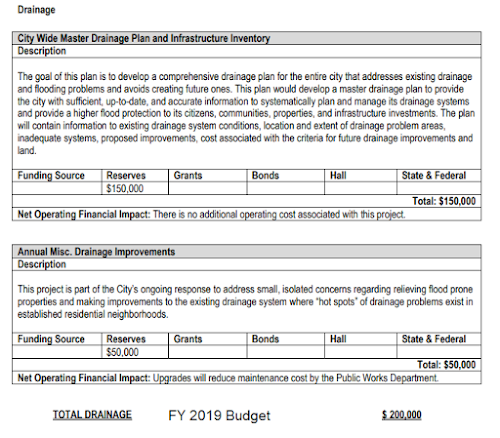 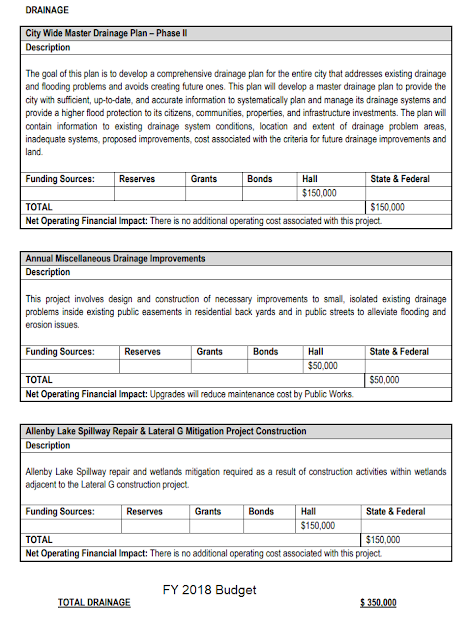 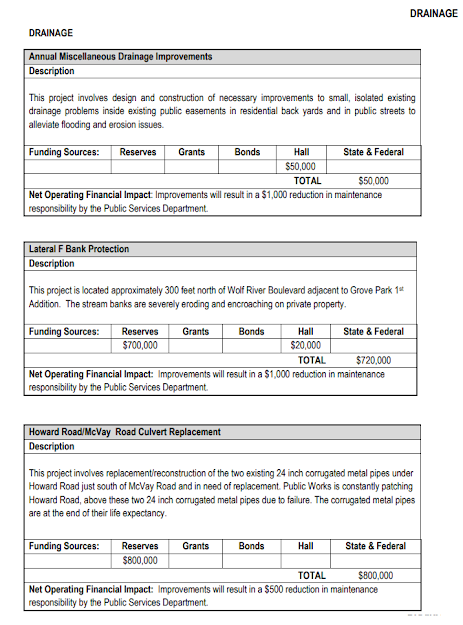 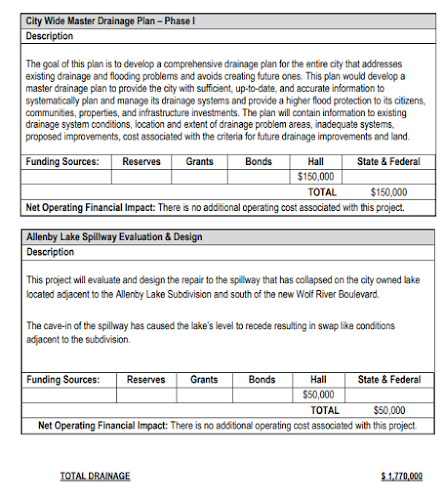 Some additional information and maps from the City are available on the Developments in Germantown website. Questions about the CIP budget for drainage should be directed to the City.

*** The figures of the six year budget have been updated to reflect the budget passed by the BMA. I was relying on the budget posted on the City website to be accurate. The BMA budget was slightly different from the budget passed by the Finance Commission. The total six-year CIP budget number for drainage should be $11,485,000 rather than $10,610,000.  Sadly no new project was added. The change simply moved budgeted funds unspent from last year into this year's budget. The work on Lateral E budgeted for last year was not completed. Alderman Scott Sanders contacted me about this post and requested that I correct the figures.