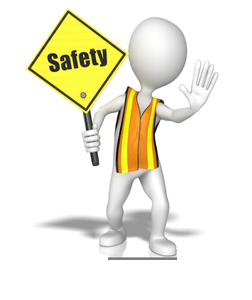 Two new candidates for the PSEC (Public Safety Education Commission) will be voted on at tonight's BMA meeting. First, though, a bit of background:

Recall all the attempts by the administration to embarrass Alderman Massey in his position as liaison to the PSEC:


First, the Chair of the PSEC, a political ally of the Mayor, blindsided Mr. Massey with an attempt to remove him as the alderman liaison. That attempt failed, even though the Mayor just "happened" to show up at the PSEC meeting where the matter arose. These events were discussed in

Why Does the Chair of the PSEC have a Problem with Alderman Massey?

Second, three aldermen voted down two qualified nominations to the PSEC recommended by Alderman Massey. (See my August 14 post and my August 24 post.) These nominations were to replace the Chair and Secretary of the PSEC, who had resigned from the PSEC after their unsuccessful attempt to remove Alderman Massey as liaison. Aldermen Gibson, Owens, and Janda chose to give weight to an anonymous note appearing in the aldermen's boxes in a secure area of City Hall directly prior to the Executive Session of the BMA meeting. The note contained out-of context social media remarks by the two candidates from a "closed" Facebook group. According to the aldermen, the alleged out-of context remarks did not meet a "culture of kindness" criteria.

Fortunately, two worthy candidates for the PSEC  have stepped forward. The nominations are not currently on the consent agenda, so they will be discussed at either the BMA meeting or the Executive Session.

One is Melissa Peyton, the wife of John Peyton, who was one of the original candidates for the PSEC opening. Ordinarily I would say that someone may need to stake out the aldermen's boxes in case "Anonymous" strikes again. Ms. Peyton, though, has a quieter presence on social media than her husband. If there are people attempting to dig up social media dirt on Ms. Peyton, they will surely come up empty handed.

Both Ms. Peyton and the other candidate, Clifford Priestly, are highly qualified. Ms. Peyton is an oncology nurse at St. Jude with experience in project management. She is passionate about service and feels she can be an asset to the City in promoting public health and safety.

Mr. Priestly is a Collierville police officer who works as a school resource officer. He wants to use his experience in that position to promote safety in this community. I find it hard to believe that three aldermen would find it in their hearts to insult the City of Collierville by claiming that Mr. Priestly does meet a "culture of kindness" test.

The applications and bios can be found in the aldermen packets. See #11 and #12.

Will there be more fireworks tonight? Let's hope not. In my opinion, these candidates will sail through the approval process. However, I felt the same about Messrs. Peyton  and Riley. So, we shall see.
Posted by Polly at 8:16 AM