Carrefour Meeting in Video and Pictures

Last night's gathering of citizens attempting to learn about the proposed Carrefour project (see my September 17 post) was summed up by one attendee thusly: 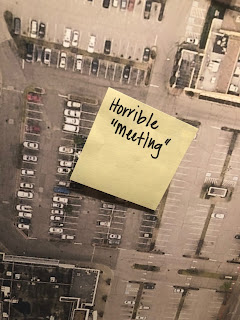 The Commercial Appeal did a super job of reporting.

The "meeting" consisted of approximately sixty attendees walking around a room containing foam-backed poster boards depicting the proposed outline plan. We learned that the outline plan was filed with the Planning Commission in early September and will be heard by the Commission on October 2. However, in searching the City website, we learned of an earlier public meeting tomorrow (Wednesday, September 19)! That's right, we were not told about this one:

I kept thinking, "Where is the PowerPoint?" Twenty-first century technology was eschewed in favor of having us mill around the foam boards where two different communications specialists were answering individual questions about the project. Obviously they couldn't have a group Q & A. That would be......... too transparent, you know, some of us citizens might hear other citizens' concerns. Our getting questions answered in a group setting would be too efficient. And not giving us a place to sit down ensured that the meeting would be short....... very short. 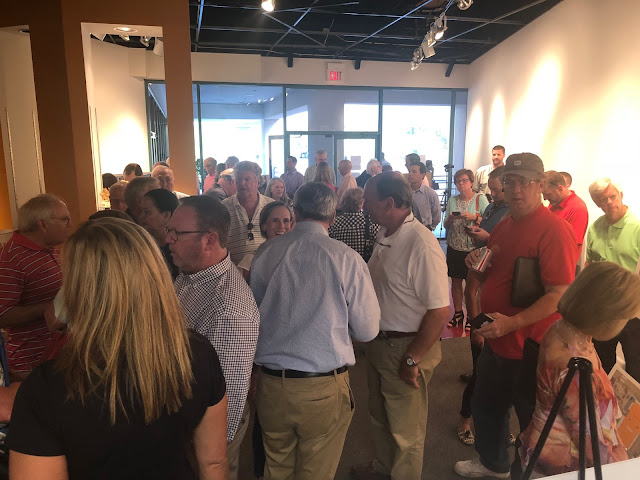 John Peyton uploaded to YouTube a video that gives the flavor of the "meeting", complete with the sound of a train. We do get a slight amount of group feedback here:

Please note in the above video:

link to specific spot in video

"WHAT GOES IN THOSE BUILDINGS COULD BE AS IS LISTED ON THE NOTICE YOU WERE PROVIDED OR ANY OF THE USES PERMITTED UNDER THE ZONING CODE."

As was pointed out by a citizen, apartments are permitted under T5 and T6 Smart Growth Zoning.

"AT THIS POINT IN TIME  apartments are not approved."

Remember that the point in time when apartments ARE approved is July 7, 2019, and it could be much sooner, if the Germantown Chamber of Commerce, the Economic Development Commission, and Rocky Janda have their way, and manage to get this project exempted from the apartment moratorium. That could happen at a meeting any time after the November municipal elections.

If the outline plan is approved, when the apartment moratorium expires in July 2019, apartments could be substituted for the "hotel" without further approvals, because apartments are a permitted use.

We learned also that no hotel groups have been notified up to this point.

And, as I pointed out in my blog entry yesterday, the Small Area Plan envisions up to 2,188 apartments, which would result in over 600 students being added to the two Riverdale schools and Houston High.

As you can see from the first picture, the communication specialists invited citizen feedback which consisted of sticky notes on the foam-backed poster boards.

Some samples of the feedback: 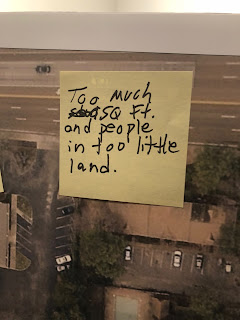 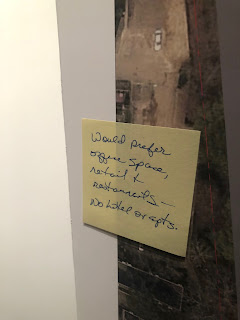 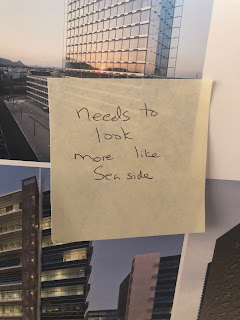 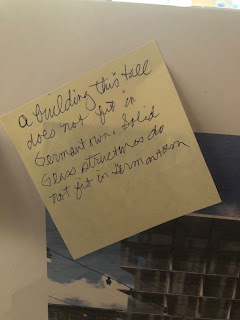 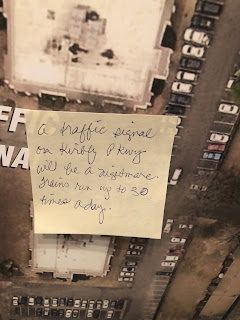 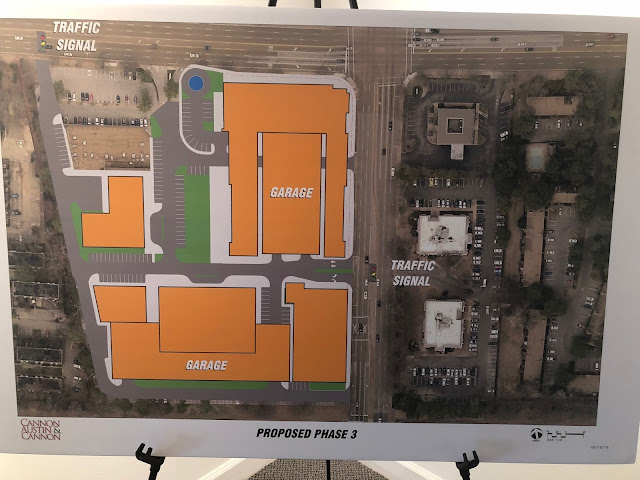 As you can see, there are two new traffic signals, two "hotels", two garages, and the building with FedEx Office and Petra Cafe stays in place.

The developer was not present at the meeting, so many questions were answered with "I don't know." "No, I really don't know."

From everything presented, rest assured that the developers are going to max out the T5 and T6 density and height. T5 has a maximum of six stories, and T6 has a maximum height of ten stories.

What else can I say? Nothing! Here is the zoning: 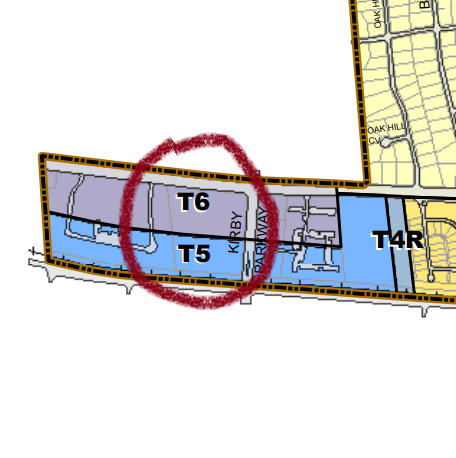