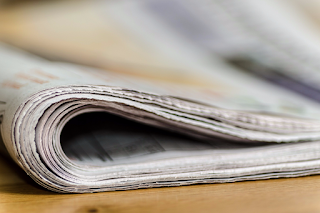 The Commercial Appeal has assigned a new reporter to Germantown.

In this article, Daniel Connolly discusses the business that Rocky Janda does with the City through his company Pop Solutions.

Since becoming an alderman in 2012, Mr. Janda has sold items to the city worth approximately $48,000. The largest purchase was by GPAC, for a Donor Board that cost $8,000. Additionally, there are emails showing that Mr. Janda solicited business from city employees.

The City attorney approved this practice if his company was treated like any other vendor. Additionally, Mr. Janda said he made various donations to the City.

This editorial condemning the practice appeared the following day in the Commercial Appeal:

"Given the fact that this type of relationship is generally frowned upon when it comes to government ethics, it is baffling, as well as disappointing, that neither Janda, former Germantown city attorney Tom Cates nor City Administrator Patrick Lawton saw nothing wrong with the practice."


Here is the second update for the day.  Breaking news--

Janda decides to give up City business

Upon the recommendation of the City Attorney, Janda is giving up selling products to the city.  He will continue making donations to various city related non-profits.

The Commercial Appeal editorial is right.  Baffling that none of them knew better.  Or did they?

Unfortunately for Mr. Janda, he received poor advice when he originally relied on the City Admnistrator and attorney. He was already doing business with the City prior to becoming an alderman, and it was natural that he wanted to continue. This should not have been allowed.

The mayor was well aware of this practice as well, as he was the one writing the checks.

This lack of judgment on the part of the City is astonishing, and is another piece of evidence that City Hall has become an echo chamber, with everyone telling everyone else what they want to hear.

Janda certainly has ultimate responsibility for his actions, and for participating in the culture at City Hall, where people seem to be able to do whatever they want, if they can get away with.

Fortunately, after talking with a new City attorney, Janda decided to quit this practice.  We commend Mr. Janda for seeking out the opinion of a professional and making the right choice.

I would love for the new City attorney to provide some Ethics 101 courses for the administrators in Germantown.

I am sure that gifts to charities are very welcome.  However, that really isn't the issue here.
Posted by Polly at 2:27 PM