Thank You Jane Roberts--Vacation Buybacks and Other "Perks" 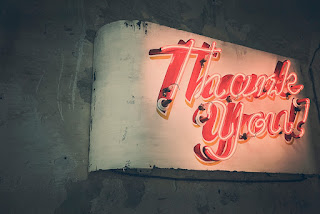 7-23-2016 An addition clarifying the Commercial Appeal's paragraph about health insurance for outside contractors is added below.
.
Her employment with the newspaper is now over. We owe her a debt of gratitude for all that she has done in shining a light on Germantown, so I want to extend a “Thank You.”

If you have been enlightened by these articles based on open records’ requests, please contact the Commercial Appeal and tell them, so that hopefully someone else there will cover them.

Here is the link to the article.


Vacation Buy Back in Germantown a Hefty Perk

Although the focus in mostly on vacation buybacks, a myriad of other things are dropped in our laps. The article speaks for itself, and it is well worth a careful read.

On the vacation buyback issue, I have to say I find the concept a bit odd. The whole purpose of giving employees vacation is that they have time to rest, relax, recharge, stay mentally and physically healthy, and ultimately perform better at their jobs. If people need to give up their vacations in order to have enough money to live, then their salaries should be higher. The last thing I would want to do is come across as being anti-police or anti-firefighter. My son-in-law is a firefighter, and they and the police put their lives on the line every day. I am not sure why they wouldn’t need to take actual vacation time? I honestly don’t have a very informed opinion on this because all that I know is from the article, and that article does not tell us how much vacation time is even given to employees every year. If a new look at vacation policy is warranted, and it looks like it is, I would hope that they would keep the needs of the rank and file in mind.

This blog is mostly about light and transparency, more than policies of any type, and in any case, whether or not you agree with the vacation buybacks, I would hope that we would all agree that we should at least know about it. Consequently my strongest opinion about it is this statement from the article.

“The city of Germantown adopted its buyback program in 2004, initially allowing employees to sell back 100 hours. In 2008, the number of hours doubled. It is not clear that the Board of Mayor and Aldermen approved the change.”

Let’s see, in the midst of the Great Recession, a policy was changed, costing the taxpayers a lot of money, and it is “not clear” if it was approved by the Board. That is NOT Light, it is Darkness. Big changes in policies like this should be able to be scrutinized by the public. Back dealing such as approving the life insurance policies by asking aldermen separately about their purchase needs to stop.

I am inserting an edit into this: The buybacks may be due partially to a staffing issue during the recession. If there were layoffs at that time, it could be that people were not able to get their work done without foregoing their vacation. The citizens should have been apprised of this change in policy and the reasons for it. One would hope that by this point, staffing should be at an appropriate level and the policy revisited. The City should revisit this policy after getting guidance from HR experts, as some of the aldermen seem to want to do.

It is also interesting to note that the vacation buyback of Patrick Lawton for 2014 and 2015 was $41,285. That looks to be a very big share of the total buybacks.


Other bits of information that the citizens may not have known:  According to the article:

“Benefits are high partly because Germantown has employed unconventional practices. Until Jan. 1, 2016, taxpayers covered the health insurance of the lawyers (and their dependents) who did the city's business on contracts. Over the years, the practice cost taxpayers hundreds of thousands of dollars. Until 2013, two-term aldermen also received city-paid health coverage for life.”

7-23-2016  Clarification
The Commercial Appeal is correct that the lawyers and their dependents were covered under the health insurance of Germantown, but it needs to be clarified that the premiums were reimbursed by the lawyers. It was a significant benefit to the attorneys due to low premium costs and good benefits, and according to the article the practice was costly for the citizens of Germantown.

Did the citizens of Germantown know these things? If these two costly perks were important for the citizens of Germantown to offer, we should have the opportunity to know about them and have the reasons explained to us. Both practices have stopped, according to the Commercial Appeal article, and the timing of the open records requests may have had an impact on the health insurance policies for attorneys being dropped.

“I firmly believe that the most important feature of spending the people's money is complete transparency.” Marsha Blackburn.

For those with smart phones, here are a list of the other blog posts: