A Car Plus a Car Allowance=a mistake and a payback 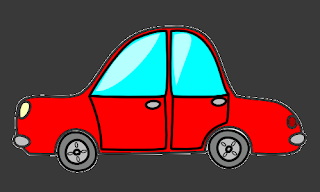 The next two articles in the Commercial Appeal appeared on July 5, 2016 and July 7. 2016. These involve many issues about the City Administrator's salary, including but not limited to an insurance program, and a mistaken car allowance taken by the City Administrator (details in my commentary below).

A print edition is here: 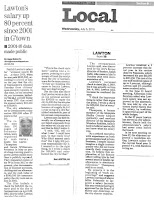 My Commentary:  Truly this was the article that got this ex financial manager to start the "Shining a Light on Germantown" blog. I finally couldn't contain myself. There are so many questions raised that it has my head spinning. For now, I will ignore the insurance issues and the salary issues and concentrate on the car issue. According to the Commercial Appeal, while Patrick Lawton had a city issued car, he also had a $6600 dollar a year car allowance. It was discovered by Ralph Gabb in October of 2014. This had gone on for six whole years. Lawton says he wasn't aware of it because it wasn't broken out separately on his check stub and he didn't notice it. Coincidentally, the Open Records Act requests were beginning to come in at the time. The payments were stopped, and then Lawton returned the overpayment to the city to the tune of almost $40,000 in January of 2015.   At this point I can say that I am surprised at Mr. Lawton's professed unawareness of the details of his own compensation.  I do know that an error like this that goes on for six years is indicative of an accounting system with very poor financial controls. My financial experience would lead me to believe that there may be other shoes to drop. This, of course, is contrary to the notion that some people have that this is a "well run" city. I am open minded and I cannot come to a specific conclusion about the two people without knowing more facts. Let us hope that our leadership insists on getting this investigated!   Here are all the blog posts, for those who have smart phones:
I LOVE Germantown, Tennessee


Protecting Germantown Employees Comes at a High Cost for Taxpayers