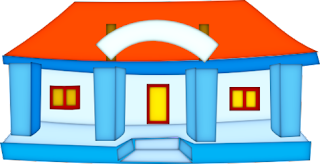 The site selection committee formed by GMSD had narrowed down a long list of potential school sites to the four that scored the highest. The scores were based on criteria developed from surveys of parents and other interested citizens.

Detailed information about the process and the sites are on the GMSD website. The top four sites selected by the committee were Warlick, Johnson Road, Reaves, and Broer/Schaeffer. These were discussed at the GMSD Board Meeting on January 31, attended by Mayor Palazzolo, City Administrator Patrick Lawton, Alderman John Barzizza, as well as many parents and students. The Mayor and Mr. Lawton had championed a site at Crestwyn and Winchester Road (not among the top four sites).  Mr. Barzizza had attended a previous meeting of the School Board and requested that the Board study all available sites before accepting this particular one. A previous blog post discusses this:

The Criteria for Selecting a Site for a School--A Critique

Before discussing the meeting, I want to highlight the fine work of Suzanne Walls, a GMSD parent, who had a video of this School Board meeting and a portion of the Work Session on her DVR.  Meetings may be watched or put on a DVR because they are shown on Germantown Municipal Television, which is a local channel on Comcast. She uploaded her video of the meeting from her DVR first to the Facebook Group GMSD Discussion Group, and then to YouTube. This is significant because there was no video available on the City website for several days.  A "glitch" had developed with their copy of the video. It was also not broadcast live on the City website, as the meeting had not even been listed on the video page. Thankfully, GMSD had a backup audio version, and Kristi Ransom, Marketing Director for the City, was later able to post an audio version of the meeting as the video on the City website. I thank both GMSD and Ms. Ransom for their efforts. Still, the true video version is preferable to the City's audio version.

I cannot recall another instance of the City having a problem with uploading a video to their website.  Kate Crowder, Communications specialist at GMSD, assured me that they were going to try to identify the source of the "glitch" so that it would not happen again.

Here is the video version of the discussion of the school site, courtesy of Ms. Walls:

Other videos Ms. Walls uploaded from the same meeting:

The site selection discussion was noted in the JAM in Germantown blog:

January 31 Board Meeting (JAM in Germantown)

Lisa Parker brought along a PowerPoint detailing the advantages of the Crestwyn site, which was not in the top four of the site selection committee. Given that the two top officials of the City attended the meeting, and both of them favored the Crestwyn site, it makes one wonder if City employees were responsible for the PowerPoint.

It is astonishing to me that Ms. Parker stated that the Crestwyn site was not properly vetted. That is denigrating the tireless efforts of City volunteers who logged hundreds of hours in the process of vetting the sites. The material from the site selection committee is available on the GMSD website, and it includes this analysis of the Crestwyn site: 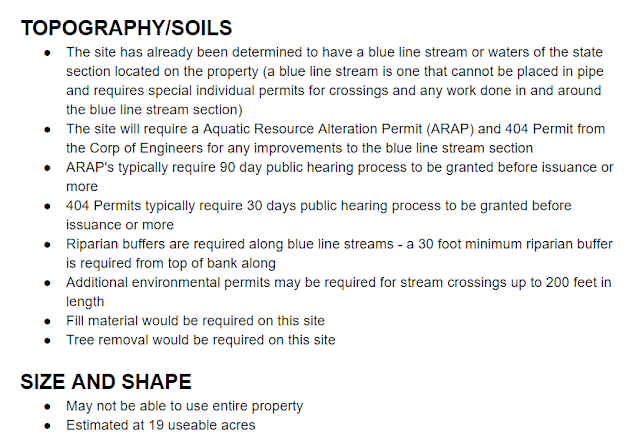 Ms. Parker incorrectly stated that it was a vocal minority of parents who were against the Crestwyn site. In fact, a petition drive had received 860 signatures against that site.

Ms. Parker received no second to her motion to include the rejected Crestwyn site into those being considered. JAM states that her amendment was met by an "awkward silence".

The whole fiasco was noted by Clay Bailey in his column Outside the Loop.

Germantown continues to advance its study of elementary school sites, but one that was on life support at best, rose up for one more consideration.

And, it seems this should have been the last gasp for that property. Time to end the conversation about putting the school near Crestwyn and Winchester.

In the end, the Johnson Road site was removed from consideration by the Board, due to public concerns over losing part of the park, and the three remaining sites are to be negotiated by the Executive Committee of the Board (Mr. Manuel and Ms. Fisher).

I give big kudos to GMSD and the committee for their tireless devotion to the process involved in examining all the issues with each site, and evaluating each of them in a systematic and transparent way. In addition the the GMSD staff, I would like to recognize great work of the volunteers, listed here:

Dike Bacon (Planning Commission) of the Hednak Bobo Group will serve as our architectural expert alongside a representative of A2H, the architecture firm that has been chosen for site work on the project.

Kevin Young (Chairman of the Parks and Recreation Board) to entertain open dialogue about park spaces and other questions from the community survey and forum.

Betsy Landers (School Board Member) to report meeting minutes and perceptions to the school board and any other community members.