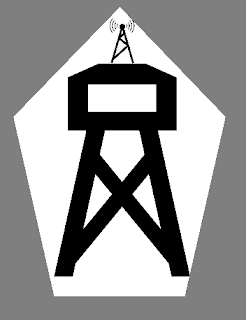 Because of cell tower/water tower issues coming up before our two elected boards next week (held practically simultaneously on Monday), now is a good time to remind citizens that they have a voice in these matters. Often elected officials announce the number of emails they receive on a particular subject at the meetings. And, even if you have the time to attend meetings, very few people can be at two places at once.

Therefore, for your convenience, here are the emails of our elected officials, in a format that you can easily copy and paste, if you desire to communicate your thoughts on these issues


Why a water tower? And why a land swap?

There are two development projects that are currently on hold now in the southeastern part of the City-- one is Goodwin Farms, a development of moderately sized homes on Winchester near Crestwyn, and Viridian, a stand-alone apartment project exempt from the ban on stand-alone apartment complexes on the border with Collierville on Winchester. The likely reason these developments have not come back before our commissions and the BMA for further approvals is that the water pressure is inadequate to support the number of units being planned.

The City's solution is building a water tower by Forest Hill Elementary on land the City does not currently own. A new water tower will ensure that developers will not have to pay for boosters for water pressure, and the City will have extra water for fire calls that more development inevitably brings. In exchange for the land by FHE, the City proposes to give GMSD land by Houston High. (Houston High needs this for the softball team, or it is in violation of federal regulations).

Despite repeated requests by citizens and some elected officials, the City has not studied the possibility of building a pumping station rather than a water tower.

Details of the meeting Monday can be found here. There are links to the agenda and the agenda packet.

Please Note that in the GMSD Work Session, where the Board expressed skepticism about the land swayp, Mayor Palazzolo agreed to a joint GMSD/BMA work session on this matter. Despite that, sources have confirmed that repeated requests to schedule a work session by the GMSD board were ignored by the Mayor.

Some parents have commented that cell towers are often put on top of water towers, which brings me to the next issue-

And, coming before the GMSD Board is a request to change a lease agreement for a cell tower by Dogwood School. The details of the meeting and agenda are found here.