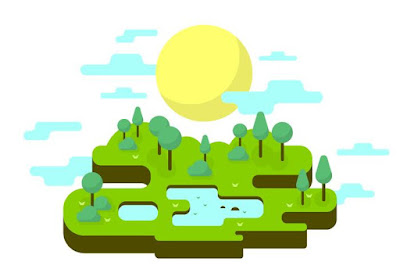 (1.) the proposed parkland dedication fee for new residential Smart Growth developments, used for purchasing parkland not in the same area as the development and

(2.) the tree ordinance changes (as written)-- having developers who remove trees from a development contribute to a tree fund, in lieu of planting trees elsewhere in the development or on public land. (see my November 4 post).

I was successful in convincing the Planning Commission to table the the parkland dedication fee, so that the City Attorney could give an opinion on the constitutionality of the law.  A PowerPoint I found online from a Tennessee Recreation and Parks conference confirmed that fiscal impact fees must relate directly to the specific development being charged. The morning of the meeting I saw Alderman Forrest Owens campaigning, and I took the opportunity to express my belief that the measure could be unconstitutional (he is a voting member of the Planning Commission). He seemed familiar with the requirement that fiscal impact fees relate directly to the development, and stated he would not be at the meeting but that he would look into it. Based on my conversation with him, I halfway expected this proposal to be withdrawn before the meeting, but that was not the case.

Here are my remarks (I used free voice to text):

Pauline: I looked at this because I was trying to figure out whether this measure was a tax, or fee, and I believe this is probably a fiscal impact fee.

And I know a little bit about that because I've studied Williamson's county's fiscal impact fee for the schools, and they are currently in litigation with developers. And the reason is that the fiscal impact fee is not spent in the same neighborhood as the development. I actually went online and I finally found a PowerPoint that was given at a Tennessee Recreation and Parks conference. It was specifically about park land dedication ordinances, and it said this was a fiscal impact fee. There are specific rules about fiscal impact fees that I found on the Power Point and particularly about parkland dedication fees.

And there two actual their court cases that have to do with constitutional issues. One is Nollan vs. California Coastal Commission and one is Dolan vs. City of Tigard, Oregon.

And the upshot of it was that the new park must be located in proximity of the new residential development.

The land or fees dedicated must be spent according to a park system master plan that divides the jurisdiction in the geographical districts.

And the development may only be charged a proportional amount of the usage.

I don't see any of these things in what you all are voting on. I just wanted to bring up this possibility. I don't want to see any more lawsuits against the city.

I didn't know if this had been looked at by the attorneys. I'm not a lawyer I don't know if this is right or not. I just thought you should run it by people that know something about it. Another thing is the money must be collected and spent in a timely fashion.

Also I think is that in addition to this there's something about the parks director deciding things instead of the park commission. Is that the fees?

Staff:   Not the fee that is related to the plans.
So that is a proposed development is it says here that it should go to the Parks and Recreation commission in here that the parks director is the one that can determine whether or not that there should can be if the park land dedication is needed actual land over the fee would be needed.

Pauline:
So in the in this case the parks director would have more say than the Park Commission?

Staff:
Not necessarily more say but that the parks director maybe has a better idea of where that greatest need would be for the park lands or the fee

Pauline: Okay I I just like to see a little more oversight on this. Okay thank you.

David Harris, City Attorney:
I thank you Mr. Chairman, I consulted Mr. Ross and in light of what's been pointed out I think it might be wise to not take action on this tonight let us have an opportunity to look at what's been brought for us and then we could more properly advised Planning Commission there of course a lot of other steps in an ordinance amendment goes from here to the inmates there's a lot of times to look.

Commissioner: Commissioners, do you have any objection to the table in this amendment?

The amendment will be delayed and reviewed during the next thirty days so so we would have it up for our December meeting is that correct.

In addition to being unconstitutional, the proposed ordinance is poor policy. Apartment dwellers need neighborhood parks even more than home dwellers, for the simple reason that apartment dwellers have no backyards. To me, the whole premise smacks of "unkindness", and I thought we were a "culture of kindness".  I truly hope that this proposal returns in a form that is  constitutional, and that the City requires park funds from developers of residential Smart Growth Projects that are spent for neighborhood parks.

Let's also hope that the City leaders take some refresher courses on their authority to levy fees and taxes. This measure would most likely have passed if I or someone else had not questioned it. If not for my fortuitous discovery of the PowerPoint, I likely would have been unsuccessful in getting the measure tabled, and the risk of even more lawsuits by developers against the City could have skyrocketed.

Tree Fund May be Spent on Maintentaince, rather than Mitigation; Fee Blatantly Favors Large Developments over small ones


I had no luck in convincing the Planning Commission to tighten the regulations of the "tree fund" they propose. The proposal is to charge developers a fee in lieu of planting replacements for trees that are removed from projects, and that this fee would be placed in a "tree fund." The problem is that the tree fund is not a mitigation fund, as written. The staff even spoke of using the funds to clean up storm damage. In other words, trees removed from a development will not have to be replaced on the development itself or on public land, and the fee charged in lieu of the replacement may be used on maintenance expenses rather than on planting new trees. The fees may be used for things such as tree trimming, spraying, and cleanup. I have to conclude that the goal of the ordinance has nothing to do with  mitigating the loss of trees, and everything to do with creating a new income stream for City Government. The City should of course be doing maintenance and cleanup of trees even if there are no further residential developments in the City!
The maximum tree fee of $200,000 per project blatantly favors large developers over small ones. A maximum fee should be calculated on a per acre basis, rather than per  development. I maintain that a 100 acre development does not need the same maximum tree fee as a 5 acre development. Wrap your mind around that for a minute. Why would the City want to favor large developers over small developers?

I still do not fully understand the ordinance on cell towers. It seems the federal and state government have both passed new legislation forcing municipalities to allow certain types of cell tower equipment on public easements and public land. The City ordinance keeps us in compliance with the new laws. However, our citizens may not like the placement of some of the equipment. I am not in favor of the state and national government telling municipalities how they must use their public lands, and the members of the Planning Commission agree with me. I have no idea how this will affect our city. The cell phone industry has powerful lobbyists.

The Planning Commission Meeting may be watched online at the City website. I do not see it on YouTube.