Watermark Project Voted Down by BMA 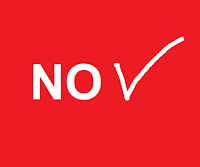 The audience was riveted as we watched what one observer called "Kabuki Theater" play out at the BMA meeting. In a 4-1 vote, the BMA unexpectedly gave a thumbs down to the Watermark apartment project last night. Rocky Janda was the only alderman voting "yes".

Echoing the unanimous sentiments made by the "Citizens to Be Heard" at the meeting, Aldermen Massey and Barzizza stated that they had always voted against the project and would again. They noted that people of Germantown have consistently made it clear that that they are against dense residential development.

Oddly enough, it was not the issues of school overcrowding, capital costs, increased traffic, the density of the project, or a host of other issues the citizens addressed that guided the "no" votes of Mary Ann Gibson and Forrest Owens. They had both strongly supported the project in all earlier votes and did not back off from the sentiments expressed in past meetings. Instead, their votes hinged on the content of an affidavit filed by Jaime Picunko in the unsuccessful lawsuit against the City challenging the density of the project. The lawsuit was described in You Can't Fight City Hall, or Can You?  and Another Watermark Vote by the BMA.


Ms. Picunko's affidavit was filed in court in conjunction with a motion for continuance by the plaintiff. It describes a conversation that she had with Mr. Thrift, the developer, who was exploring the possibility of getting the case settled:


The Mayor read the entire affidavit into the record of the meeting. He stated that because Mr. Thrift had offered to fund part of a lawsuit against the City, he no longer looked at him as a "trusted partner" with the City. Therefore the Mayor  stated that, in the event his vote was needed to break a tie, he would vote "no" for the project. It was this same line of reasoning that guided the votes of Aldermen Gibson and Owens.

For his part, Mr. Thrift claimed that Ms. Picunko had misstated some of what was discussed in the conversation, and he was simply trying to get the case settled. He said that the attorney's fees that he might be willing to pay were for past attorneys' fees and were not for a continuing lawsuit against the City. He was trying to settle the case and had no interest in pursuing a continuing lawsuit. He also characterized his call to Ms. Picunko as a "mistake", and he realized it halfway through the call. He continued the conversation to be polite. (At the time he was unaware that Ms. Picunko and Mr. Conner were representing themselves).

Although citizens at the meeting who were unanimously opposed to the Watermark project were delighted with the outcome, most were disappointed that Ms. Gibson and Mr. Owens failed to acknowledge the citizen concerns about the project, and instead based their vote solely on a conversation the developer had in an effort to settle a lawsuit. The citizens realize that the apartment moratorium will end in one year, and they want their voices heard loud and clear. Notwithstanding the favorable outcome, that did not happen last night.

For those wanting more than the above thumbnail version, here is the meeting in its entirety, and links are given to some of the action:

Citizens to Be Heard  The citizens were persuasive in listing the reasons for being against apartment development that was labeled as too dense, too fast, not following the Small Area Plan and exceeding the number of apartments in the plan, not Smart Growth, an example of illegal spot zoning, bad precedent set, bad for overcrowding of schools, proximity to problematic Memphis apartment complexes, etc.

All speakers are worth hearing, but I am specifically linking Jaime Picunko's comments since she  mentioned her conversation with Mr. Thrift. She also stated that it was the Planning Commission rather than the developer that wanted the density of the project increased. Her conversation with the developer led her to believe that the developer would be quite willing to decrease the density of the project, as he  only wanted it increased to satisfy the Planning Commission.

The Applicant, Mr. Thrift, knowing what is coming, disputes some of Jaime Picunko's characterization of their conversation. 45:20

Mayor Palazzolo reads Ms. Picunko's affadavit and ultimately concludes that he would vote against the project based on the developer not being a "trusted partner." He questions Mr. Thrift, who reiterated that Ms. Picunko had mischaracterized their conversation.

Mr. Palazzolo said Mr. Thrift offered to side with a citizen in the citizen's fight against City Hall and on the City's decision to increase the density in the Small Area Plan.

You will probably want to watch this whole section of the meeting.

At this point, Forrest Owens echoes the sentiments of the Mayor at 1.04:46.

Alderman Massey questions Mr. Thrift and reads some comments for the record at 1.06:46. He states that he believes that the changing of the density in the Small Area Plan was done for the benefit of a handful of developers to the detriment of the community. That is why he opposes the project. One of Smart Growth's goals is to provide affordable housing, but there are many other options for affordable housing in the area. He connects the school site selection to the changes in density of the area. At 1.13:08 Mr. Massey states that City officials were in talks with Forest Hill Associates (who own the property which Watermark wants to develop) to purchase about four acres of land for one million dollars for a park in the area, plus pay for roads to the area to help the developers. (My aside: That is a LOT of money for four acres of land in that area. I need to ask him about this). He continues to talk about the infrastructure costs in the area that will benefit the landowners. The developer's representative states that there is not a signed agreement (my aside: obviously no signed agreement, that would require a BMA vote) about a park, and that the developer and landowner are responsible for the costs of the road in the area. Mr. Massey questions the cost of widening the water pipe for the area, and the Mayor states that the water pipe is for the entire area, not just the new developments. Mr. Lawton says this is standard long-range capital improvement planning.

Alderman Janda speaks, defending the developer re: the affidavit. The developer admits that he was naive. He had no intentions of funding the citizens' future lawsuit against the City. Mr. Janda states that this is a great project and that citizens like it and he hears no complaints about apartments. He says that what you read on social media is not fact. There is fear mongering that is divisive. States that GMSD is not going to be overcrowded. Says he is torn re: the affidavit issue. Says some people against all development.

In response to a question by Mr. Janda, Mr. Thrift at 1.27:19 explains in detail why he made the call to Ms. Picunko. It was to try to settle the case so that the project could move forward. They had spent over a million dollars on the design.

At 1.29:50 Alderman Barzizza begins speaking. The average rent is $1550, and a rent for the smallest unit is $1100. Developer states this is in line with Miller Farms and to the east. Mr. Barzizza states that the complexes west of Germantown have gone "down, down, down" in their pricing. He brings up the crime issue. The developer says they give an officer a break on rent to live at their developments, and they do not have a crime problem in upscale areas where they build. Mr. Barzizza states that Lincoln on the Green near Southwind started off as a top-notch development but now has crime issues. Crime comes from outside, not from within the apartments. At 1.33:08 Mr. Barzizza asks the attorney for developer about the reason for the dismissal of the lawsuit, which he stated was for a technicality. Mr. Wardlow answered that there were issues of procedure and it was dismissed with prejudice. Various legal issues were discussed, including whether or not the developer should have intervened in the lawsuit. Worked lockstep with the City of Germantown, not the plaintiffs. Never an instance where the City and Watermark were at odds with each other.

Mr. Conner, co-plaintiff with Ms. Picunko, at the request of Mr. Barzizza, begins speaking at 1.37:33. He defends Ms. Picunko's affidavit. The City at first wanted the Watermark out of the proceedings, but later that changed. The lawsuit was dismissed by the judge because of "lack of swearing" (failure to notarize) but not for substantive arguments. Mr. Conner claims that the area was sold "a bill of goods" in the Small Area Plan".

At 1.43:31 Alderman Massey notes that in the packet, the fire and police say that the development will affect their ability to protect the area. Also in the packet was the statement that a new sewer line would be needed. Massey notes that he opposed the project from the beginning. He stated that there was confusion about the application

This is key, re: last December BMA meeting: "The application represented that the vote pertained to 17.69 acres within Phase 19 but part of the vote was to remove the unit limitations in almost the entire 278 acre planned development."

(My note: I admit to having been confused about this particular issue since December so I am glad to have it cleared up now! The City apparently slipped in the removal of the 12 unit per acre limitation for development not just for Watermark, but for the entire 278 acre planned development. Is this the reason that they insisted that Watermark have more density than the developer desired, so that they could use this one development as the pretext for the need to remove the unit limitation?? It appears that way to me!)

Mr. Massey says that documents pertaining to votes were withheld by the administration at various points. Economic development was cited as the reason for the development but the costs and benefits of the development were never presented. Requests for that information from the aldermen were ignored. Watermark should have been part of the apartment moratorium. There is too much development near single family neighborhoods. This deviates substantially from small area plan. Goes against City goals of enhancing quality of life (2030 plan quotes Aristotle on happiness). Citizens have been fleeced by public officials to use public money to subsidize the developers.

Of note in his discussion with Cameron Ross is that Mr. Massey reiterates the underlined and bolded point made above--that the 12 unit per acre limitation was removed from the entire 278 acres, and did not apply solely to the Watermark complex. Here is the specific exchange on that one point.  Cameron Ross states that this was part of extending the T5 use to the entire area, and that specific limitations will be set for each project as they are presented.

The vote begins. Mary Anne Gibson states that she is voting against the project because Jaime Picunko's affidavit is credible, and she no longer trusts the developer. Massey votes, no, as does Owens, who agrees with Mary Anne Gibson and the Mayor. Mr. Janda struggles with the decision, especially after the "misinformation" given tonight by Mr. Massey (heated discussion ensues), finally votes yes, Mr. Barzizza votes no due to discomfort with developer but also because people don't want it, the people own the community, not the developers.