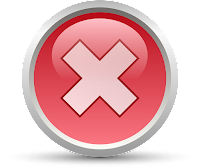 Sarah Freeman, Germantown citizen and history professor at Arkansas State University, was a poll watcher in the 2018 election. As a result of some of her experiences during that process, she took a deeper dive into the numbers. She acquired the SCEC database showing the voting totals on the machines for each early voting location, and attempted to reconcile them to "poll pad" numbers. The poll pads tally the number of times that a person is looked up on the SCEC data base at each precinct. The poll pads are sealed and locked away securely each evening at each voting location, and unsealed the next day, presumably because these are important for election security.

She discovered that the "poll pad" number totals do not include those voters whose correct address does not match the address on the SCEC records. The voters without matching addresses vote on the machines but are not included on the poll pad tally. At many of the early voting locations she could find little or no attempt to reconcile the poll pad numbers to the machine vote numbers each day. Furthermore, there are wild variations in the number of voters that fall into the "wrong address" category at each voting location, and at each day in some of the early voting locations.

When Ms. Freeman requested the report of the "auditors", she discovered that there is no "audit". An accounting firm is employed for each election, and, because they have the capability and the credentials to perform audits, they are routinely called "auditors". However, they are only charged with checking a few boxes for a certain number of tasks, and reconciling machine votes to anything is not among their charged tasks. The accounting report specifically states that it does not verify the integrity of the election.

Without further ado, here is Ms. Freeman's report, followed by the email she sent to several parties yesterday:

Please read the attached letter which examines some very troubling documents and data collected from the Nov. 2018 Shelby County election. There were many red flags in that election, and I hope this letter will open up conversations about what can and should be changed in the current election process. Unless and until the process is improved with much better security, a real audit, and (I hope) a shift away from voting machines to a verifiable voter hand-marked ballot system, the integrity of our elections will continue to be undermined.

Let me know if you have any questions and/or would like to see the documents mentioned in the letter.

Here are a few of my past blog posts about elections and the Shelby County Election Commission, as well as a couple from other sources (please note  that the SCEC has billed the City $19,000 for the Barzizza election appeal. I did not write a post about this because it was adequately covered in traditional news sources):

The Culture of Kindness and the Germantown Values PAC

Here are a few articles from other sources:

How Pay to Play Ballots Landed in Voters' Hands