Non-public Meeting Next Week on Triangle--Crossing My Fingers 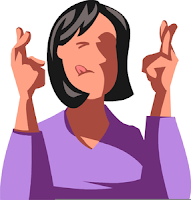 Mary Anne Gibson sent me a string of emails about the meeting next week between the City and selected leadership of Germantown Heights and Neshoba North neighborhoods. This meeting was briefly mentioned in my post yesterday. This is not a public meeting as defined by the Sunshine Law, because, as you can see from the emails linked below, on March 19 Alderman Gibson said that she had just learned that Alderman Owens would be at the meeting, and she therefore stated her intention not to attend. Two alderman attending the same meeting would require that meeting to be open and public. I never doubted that there would be any problem  concerning the Sunshine Law, so it is pointless to do a timeline about who knew what, and when. The emails speak for themselves. For me, the whole point is try to find a reasonable solution about the future development on the Triangle.

Since Alderman Gibson requested that I publish the entire string of emails if I published anything, I copied it and put it in a PDF file.

In trying to interpret the emails, I conclude that at this point one neighborhood favors returning the area to single family, and the other neighborhood favors keeping the canopy of trees on Cordova Road, and having some sort of non-apartment development along Germantown Road, with no entrances off Cordova Road. Anyway, you all can look at the emails and come to your own conclusion.

I am hopeful that the two neighborhoods and the City can work out a satisfactory solution.

If something is worked out, then my only cautionary note is that the neighborhoods really should do due diligence, and perhaps get legal counsel to ensure that the solution is binding on the City. As we have seen, (eg., Forest Hill Heights), written plans and verbal promises tend to erode quickly over time, and City leadership changes. All promises made should be airtight and legally binding. Our leadership has stated several times that only legally binding agreements with neighborhoods would be honored.

Since this is an election year, it is truly the best opportunity for all parties to try to hash out an agreement.

And yes, I hope the Yacoubians and ALL owners of property on the Triangle (not just Welch and Owens heirs) will be invited to this non-public meeting.

A public meeting about the Triangle would obviously have been much preferable, but that was not the route the City chose to take. Obviously no commitment can be made by the attendees without input from their entire neighborhood. Since this will not be recorded by the City, I am hopeful that one of the fortunate few on the guest list will record the audio.

I am crossing my fingers that this all works out!