Who chooses school buildings and school sites? A legal opinion from the State of Tennessee 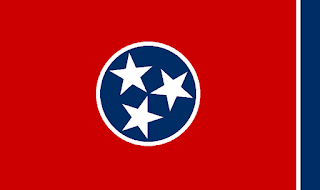 The GMSD Board of Education meets Wednesday night, and this item is on the agenda:

Dean Massey sought a legal opinion  from the state on who has the authority to negotiate for the 3Gs--here is the answer in full. It seems it is clearly the duty of the School System to contract for schools. ("Ronnie" is the MTAS representative who facilitates our getting answers to questions such as this.)

Opinion from State of Tennessee

The negotiating team for the possible purchase of two of the three Germantown Schools now owned by Shelby County Schools has been led by the City Administrator and Mayor, along with the Executive Committee of the School Board (Jason Manuel and Linda Fisher).  Alderman Dean Massey and School Board member Suzanne Jones both asked why the negotiations for Germantown Elementary and Junior High were in the hands of the executive branch of the City government. After all, the negotiations for the school site were led by the school system. How is a school building any different? Who gave them this authority?

"The responsibility for site selection for a new school, construction or improvements to school facilities is clear. Various Tennessee court decisions have verified that municipalities lack the authority to direct the location, design or construction of schools. This power, based on these court decisions, rests solely with the Germantown Board of Education.However, the Germantown Board of Mayor and Aldermen (BMA) has two meaningful checks on decisions related to school construction. First, the BMA has final approval of the Germantown Municipal Schools budget. Second, the Germantown Municipal School Board does not have the authority to issue debt. As a result, the City will act as the fiscal agent by issuing bonds and disbursing the funds to the district. The amount of the bonds is decided by the BMA."

Betsy Landers, school board member, was most likely not aware of this.  According to JAM in Germantown:


Ms. Landers responded by saying we need to trust the process and that it is up to the Mayor and Board of Aldermen to negotiate for the 3Gs because they are the funding body. She added that the Mayor needs to know that he can count on the support of the school board when discussing the future of the 3Gs.

This agenda item attempts to make legal what has already been occurring - allowing the Mayor and City Administrator to take control of the negotiations, when those negotiations are the responsibility of the School System. It is a bit late, but after prodding from Mr. Massey and Ms. Jones, the City finally realized that the negotiating team was not in compliance with the law; thus, they are seeking to remedy that by the agenda item above.

It is obvious that the negotiating team that GMSD is seeking to legalize has been led by the Mayor and the City Administrator, as indicated by the statement of Betsy Landers. A negotiating team led by the executive branch of City Government for a duty expressly given by state law to GMSD is legally questionable. Think of it this way - It is the responsibility of Congress to enact laws. Are they allowed to cede responsibility for that to the Supreme Court?  Or, locally, could the BMA cede their authority to issue bonds to the School Board? I doubt it.